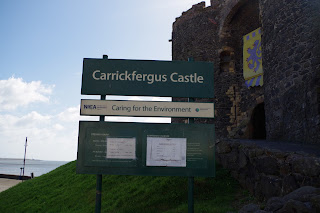 Well, the adventure to the UK is now behind us, but the work is just beginning.......time to post some of the sights we have seen during August 2016.


I did enjoy this rail & coach tour as I did not have to do the driving, what a relaxing change. (Do not worry, when we arrived in Scotland I would get plenty of practice driving.) The train system in the UK is a pleasant experience. Not the crammed sardine can of rush hour C-Train trips in Calgary. Alas, I am getting off-topic......

I like castles and I enjoy taking their photographs. Castles and churches make excellent photo subjects, they hold their smiles so long & they do not move or blink.


I must be becoming a photo-snob....I really do prefer to photograph castles with as few people in the frame as possible. Thus, a challenge when 48 persons exit a coach/bus and all rush to take pictures before the coach must depart for the next point of call.

For the record, we were not late returning to the coach after this photo-shoot......we still had 4 minutes before the agreed upon departure time.

Until next time,
Go see the world and take some pictures!!

Posted by mountainman at 20:36