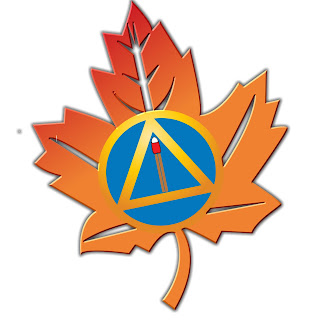 Well, the new website has been launched (www.satas4.me) and is still taking a bit to get traction. In the mean time, I continue to search for informative sites and to network whenever I can. My most recent success was finding the Black Rifle Coffee Company (BRCC).

Now, I have an appetite for caffeine but it is not satisfied by coffee. However, the Black Rifle Coffee Company is as strong on its second amendment rights as it is on its first amendment right. The blog at BRCC is not one to be skipped.

Remember back a wee bit ago I went off on a bit of a tirade about social engineering?? Missed those posts....here are a few links so you can catch up on the back story (Social Engineering ), (Bracken's Take ), & (Who Hijacked Our Timeline ). Now, the last link is not directly about social engineering, but when you review the two posts from BRCC I am about to link, I think it is connected to the big picture.

Recently, we have been reminded that there are people on this planet who are quite comfortable to do very evil deeds to satisfy their needs. Some, are very close to the violence and they are surely covered in the blood of the innocent and others, are more like puppet masters, pulling the strings from a dark position of overwatch. These puppet masters are no less guilty of spilling innocent blood, but they do it from a position they see as untouchable.

Violence, hate, uprisings, more hate and above all chaos. What the hell is happening here on planet Earth. Now, don't get me wrong I am not so naive as to think we are a peaceful race. We, the human race, have always been connected to physical combat; that is how we have survived so long on this planet. I would not be surprised to learn if other intergalactic species came here to harvest our warriors to fight their wars. This is not about nurture, this is pure nature. The human race is filled with tough, non-compromising, survivors & warriors. People with morals, honour, respect and compassion. But, there is also the slime of humanity; a collection of back-stabbing, cut throat, undermining bastards who will do anything to make a buck.......no matter, what the cost, so long as they come out ahead. (Karma is a bitch, and in this lifetime or the next the scales of justice will be balanced.) We live in interesting times and they do not seem to be getting any less interesting anytime soon. It would seem we are at a turning point in human existence, in one direction we can continue to allow our future to be dictated by a greedy minority, and yet in the other direction there is hope and a future where technology is used for exploration & discovery on Earth and into the stars.

Only one little problem......that greedy minority are working double overtime to ensure you are enslaved and exploited. All your efforts are  consumed by their greed, they ensure you cannot get ahead, you cannot get out from under your debt load, you will be control by credit and appeased by the latest electronic gadget. Feeling respected and appreciated?? I didn't think so. Me, either.

Now, to bring the light of truth to the darkest scum on this planet I would like to share a couple of links with you from the Black Rifle Coffee Company's blog: Part One (The Hatching of a Serpent ) and Part Two (The Serpent in the Grass ). Now, I will sit here and drink my favourite caffeine beverage as you go & read those two articles........

Welcome back. Sorry, I should have warned you about that. Nah, then you wouldn't have gone to read those eye-opening posts. What a scum-sucking piece of snake shit that guy is. Serpent is such an accurate descriptor. Only a cold blooded reptile could sink to such depths of cruelty and inhumanity to his neighbours. And that was when he was just 14 years of age. Now, almost a million years later he continues to enjoy long life and delivering misery to a larger world. Makes you sick. Makes me sick. How can there be justice in this world if a sick bastard like that can make billions of dollars each year and then invest (and get tax credits for) is spreading more misery. As you read in the BRCC articles his new weapons of mass misery are called chaos and are employed through his NGO's, no less.

When I sit back and take a moment to look at the big picture it all makes perfect sense. When you want to rule the whole world, you do not want or need lots of friends. In fact, the less to share with is goal of your end game. This is a very sick, deviant person. Shallow. Selfish. Callous. Narcissistic. But, chaos is the perfect weapon. Between mindless/soulless media corporations, puppet governments, the IMF, the UN and a mass population that will believe anything that comes across an iPhone, iPad or TV; if you control the message, you control the masses.

The accomplices even live here in Canuckland. In fact, I will wager our very own prime minister is in league with this serpent. What could be more chaotic than a mandate based on the legalization of the recreational use of marijuana?? How the hell is that even a federal mandate issue?? Legalized medicinal marijuana I am all for that. There are many medical uses for marijuana that are legit. That stinky herb prevents a lot of suffering, especially for those who have suffered long & hard with illnesses that should not even be around. But, corporate greed and big drug companies profit margins prevent actual medicines from getting to market, especially if what works is cheap and readily available. But, I am getting sidetracked.

Chaos. Even in Canada. So, what other chaotic episodes have we endured......we like much of the Western world have been strong armed into allowing unvetted "refugees" into our country by the thousands. I have a problem when security is short-cut to make a naive prime minister look good in selfies to the media or social media. I, personally know folks who have been kicked out of Canada because their work visa ran out before their immigration process completed, and were not granted extensions on their work visa. These were not welfare drains on our society but hard working, skilled folks who were paying taxes, connected and contributing  members of the community. I have another friend who is anxiously awaiting the love of his life to be allowed to immigrate to Canada. These are good people who are going through the proper channels and government red tape. Not queue jumpers.

In what democracy, does the enforcement branch get to create the laws it enforces?? Nowhere. When the police get to decide what laws are to be enforced and they get to enforce them, we are then in a police state. Martial law has not been declared, yet, the RCMP HQ continues to "re-interpret" how memo's are to be enforced. This creates a hostile work environment for the front line staff. It also creates a barrier between the people and the law enforcement community. The lost trust is very disheartening. Canada, where not too long ago the RCMP were a proud symbol of Canada, of peace, of justice. What evil social engineering has taken that from us. This is chaos. This is social engineering. Taking that which you do not want to give.

People, it is time to wake up.
Shake those cobwebs from your sleepy heads.
It is time to take back our world.
The time is now, to remove the evil, greedy few.
The few who rob all of us.

Stay frosty out there,

Well SATAS Co is slowly getting its legs under it. Their YouTube Channel just opened today. Here is the first video:

Today is 07 May 2017, and the start to the National Emergency Preparedness Week in Canada. This year flooding seems to be the disaster of the season. Having experienced that a few years back, I hope all these folks are working together and battling the floods and comforting each other. Take care of each other.

For those new to emergency preparedness, fear not!! This is not an all or nothing game, and any retailer who says otherwise is just trying to bleed you of your hard earned money, to line their own pockets. Preparedness is first and foremost a mental exercise. Training the mind and the gear and gadgets can come later. Invest in yourself, take courses & read books - lots of them!! Once you fill your most valuable survival tool - your mind; you can improvise for anything. With knowledge, gear becomes tools, tools that make improvising easier and faster. Gear without knowledge is just souvenirs for search & rescue parties.

Obtaining knowledge does not always mean shelling heaps of cash. Many organizations need volunteers, volunteers who are eager to learn and willing to invest their time for a cause. Some great sources to consider: Scouts Canada - they always need leaders, search & rescue units in many locations use a majority of volunteers to staff positions, Junior Forest Wardens - like Scouts they need leaders, and then there are 4H Clubs , HAM radio clubs, Citizens on Patrol & any number of service clubs. From any and all of these outstanding organizations you will gain skills, you just have to commit some of your valuable time.

Now, if you just want to invest hard currency for knowledge......have you heard of a new company called: SATAS Co?? I am very familiar with this company. With a strong focus on situational awareness and emergency preparedness, this is a great place to start. www.SATAS4.ME will take right to their website.

Be safe out there folks!

Until next time,
Learn a new skill or refresh old ones!!

Mountainman.
Posted by mountainman at 19:47 No comments:

One step closer. SATAS Co is now a reality. The website is also operational, albeit still getting tweaked and fine tuned. The link to the website is here: SATAS4.ME

Please drop by for a visit of the new site. If you notice I have missed any corrections please use the contact form on the website and leave me a message of what still needs to be tuned up. I am quite happy to make the website better, but sometimes I have been working on it so much I miss even the obvious stuff.

I have not figured out discounts or coupons, yet. I am still quite new to this website building stuff, but for all my followers on here, if you mention that this is the site that you learned of the existence of SATAS4.ME , I will ensure you get treated well if you need any courses or services offered at SATAS Co. I will start posting coupon codes here for savings over there. (Once I figure out how to make that happen.)

One last point, if you have a group of friends/family that want to take any of the courses offered by SATAS Co or if there are any courses you would like me to instruct to your group, please contact me using the contact page on the website.

Thank you for your support!!

NB: Yes, I borrowed the text from my other Blog, The GOOD Plan Blog.

Posted by mountainman at 20:47 No comments: