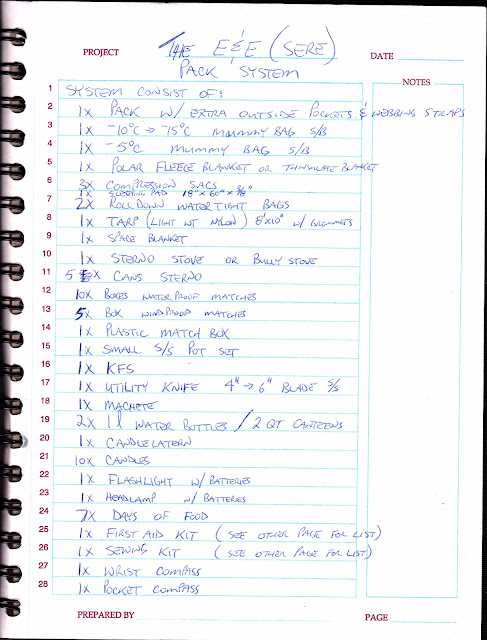 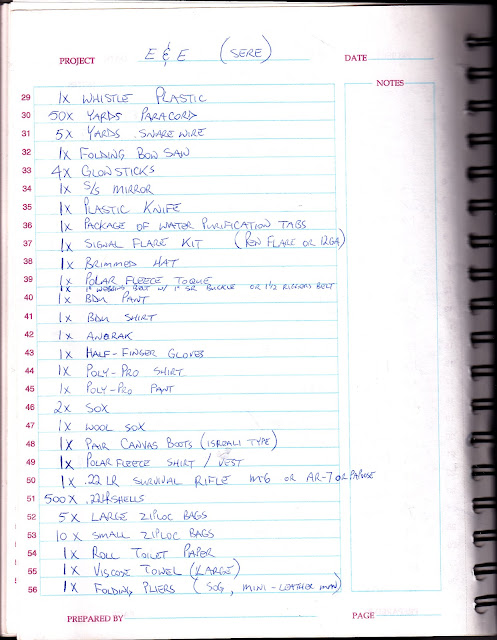 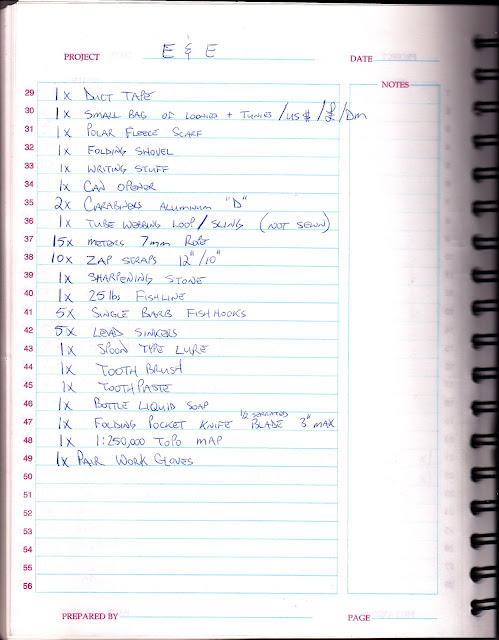 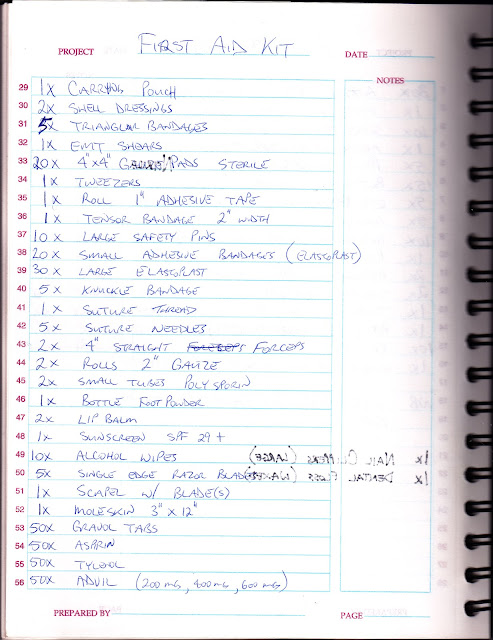 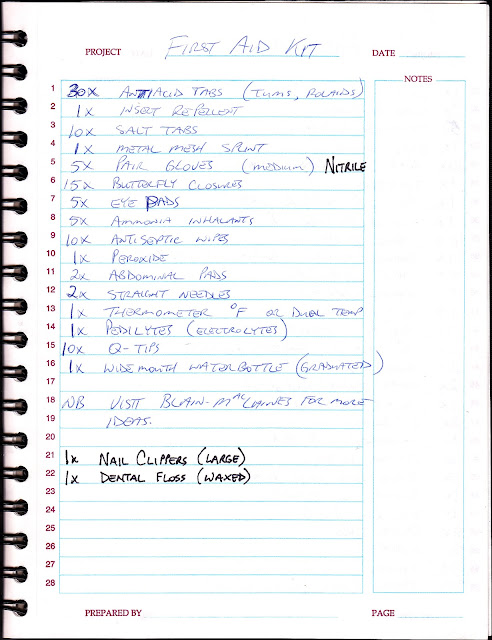 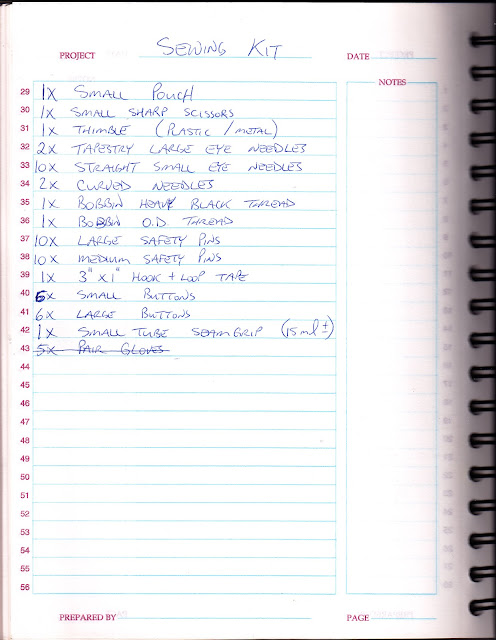 Welcome. No, I have not figured out the why's of it, but I still do not have control where the text starts. Sorry.

I was looking for the plans I drew of the Chuck Boxes. Still looking. LOL.

However, I found an old design book from the late 1990's of some of the projects I was working on. In the back I found some notes of the gear I thought would be useful in an E&E pack, you know, escape & evasion. That was a named used instead of bugout bag. I thought you may get a chuckle out of it. It doesn't look too bad. A good start.

The picture is a pack I made in about 1996 for one of my co-workers. The kit list for an E&E pack were loosely based on filling a pack similar to the one pictured. I am not sure how long the pack lasted, as I have lost touch with "the Boys" over the years. Listen to me, I sound like an old man.

In the context of The G.O.O.D. Plan (Get Out Of Dodge) I used the term SERE instead of E&E, SERE stood for Survive Evacuate Resist Evade. The military uses SERE training to assist military personnel get in the mind set of overcoming obstacles that stand between them and safety. Such as when your plane falls from the sky into enemy territory or for ground pounders when the front lines move and you find yourself behind the line on the enemy's side. Both cases, you want to remain calm, keep your wits and quietly get back to the good guy side of the front.

In a non-military scenario, using SERE skills during an evacuation is possibly when all other means of transport have failed and you find yourself on foot and you are not yet at your Safe Zone/Bug Out Location/Shelter. Or you missed your "ride" to the Safe Zone, you will get there you will just be late. Traveling alone during a crisis is dangerous, move cautiously, quietly, and stay out of sight. This means stay off man-made roads, travel at twilight or in the dark if you can. Go cross-country, stay in the trees/bush. Use ridgelines to your advantage, remember not to skyline yourself when you encounter treeless ridges .

Those are just some my thoughts today. Safe travels out there. Hopefully, we will never need any of this information on Bug Out Bags, Bug Out Locations, E&E, SERE, Safe Zones, Evacuation Plans, on any other skills currently being kept alive by those preppers out there.

Until next, keep your axe sharp and pack ready!!

Note: I just had a look at this post and someone has hacked some of the text. WTF, is text enhance and who attached that to my blog. I do not recommend anyone click on those highlighted words. I am not sure how to get rid of it either.Someone is really starting to piss me off. Stop screwing with my blog. Now I am not sure if it is my computer only or actually happening on the blog page. I upgraded my virus software but that did not change things. Hmmmm.
Posted by mountainman at 11:31